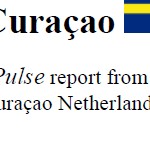 Many cruise lines have made the island of Curaçao a customary destination while sailing the Caribbean.  This has helped to distinguish the island as 115th out of 625 ports on the PortPulse ranking system.  Curacao hosted 1.9% of all passengers sailing during the 4th quarter of 2010.

The direct economic impact for the quarter from passenger and crew spending on transportation, food and other retail spending is estimated at $13.6 million.[2]

Based on published cruise itineraries for next year (January 1, 2011 to December 31, 2011) the cruise port in Curaçao Netherlands Antilles will host 120 cruise ship stops carrying a total of 271,115 passengers.  These stops will be from 21 different ships representing 9 different cruse brands.

The total direct economic impact for 2011 is estimated at $42.9 million.

Learn more about the PortPulse reports and read the entire Curacao sample report.

[2] Cruise passenger and crew spending in ports of call on a variety of goods and services including ground transportation, clothing, food and shore excursions.  For embarkation/debarkation ports estimates also include lodging as part of a pre- or post-cruise stay, air transportation and port and cruise line services.  Source: Business Research & Economic Advisors, Florida-Caribbean Cruise Association and Cruise Lines International Association.